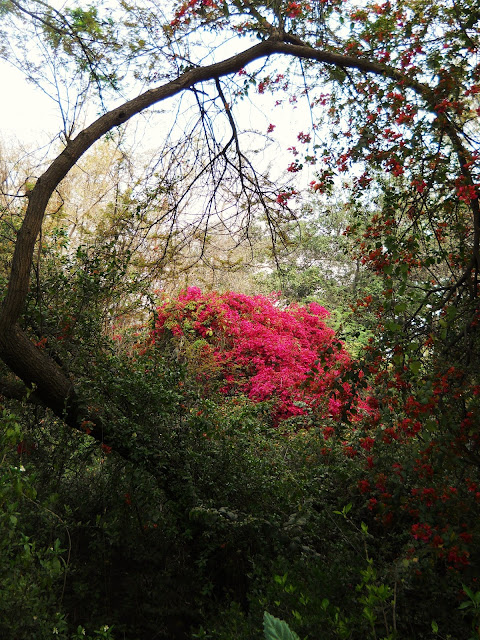 Flowers in the jungle of the Northern Ridge

One of the more unexpected things about Delhi is how much green the city contains. If you look at it from Google Earth, you can see that the city has a number of huge forest preserves  right in the middle of the urban area. But, when you're on the ground, it's easy to forget that you're anywhere near woods of any sort.

The forests preserves in Delhi are on the The Ridge, a long, low, outcropping of extremely ancient rock, which is the last manifestation of the some of the mountain chains which run through Rajasthan. The area was set aside all the way back during the reign of the 14th-15th century Tughlaqs as a hunting preserve, and as far as I know, though the forests have been badly encroached upon, fragments of them have stood since medieval times, making them vastly older than the woods around my house in Delaware, which would have been all cut down as of the 18th century. During the Sepoy Rebellion (or, First War of Independence, if you prefer), the Northern Ridge area was the sight of major fighting between the Brits and Sepoys; Controlling the elevated terrain on the ridge was crucial for both sides, as it provided a good position on which to situate artillery batteries to bombard the walled city of Delhi (what's now usually referred to simply as Old Delhi).

These days walking in the ridge can make you feel totally cut off from modern Delhi, and in a city which already seems like it contains an assortment of vastly different worlds, the woods of the ridge add yet another, entire environment to the mix.

The ridge also contains a number of fairly lightly visited monuments, from Tughlaq times and later, and much of it has been converted into a popular park, which was crowded yesterday morning with Indian fitness freaks. Sadly, large tracts of the forest are being slowly eaten away by the expanding city, and are now the abode stray dogs and wild pigs, but given the number of people I saw using the Northern Ridge as a place to exercise, perhaps the Delhi municipal authorities are beginning to recognize the value of keeping the jungles of the ridge intact.

Yesterday, I only visited the Northern Ridge, which is only the smallest of a number of large tracts of forest ....in the coming days, I may try and visit the Central Ridge, which looks to be about three times as big. 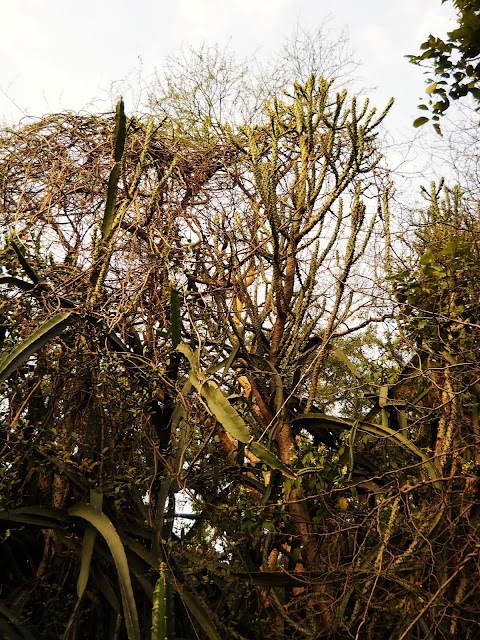 Large cactus-like plants in the Northern Ridge. The vegetation there isn't like anything I've seen in the U.S....you  frequently have tropical jungle type plants and things one usually associates with the desert side by side. 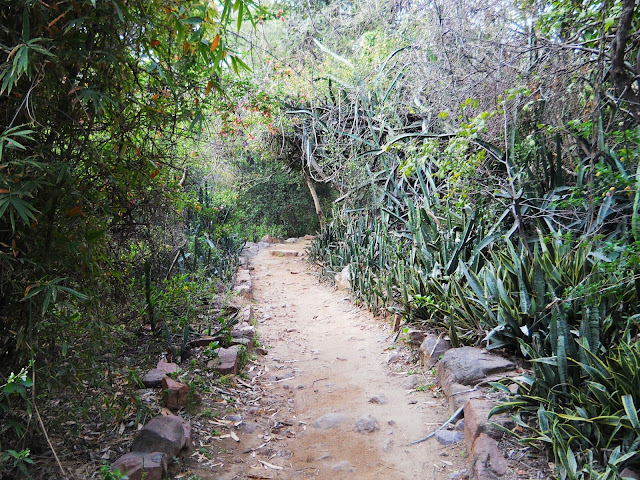 A typical trail in the ridge. The place contains a whole maze of intersecting paths. 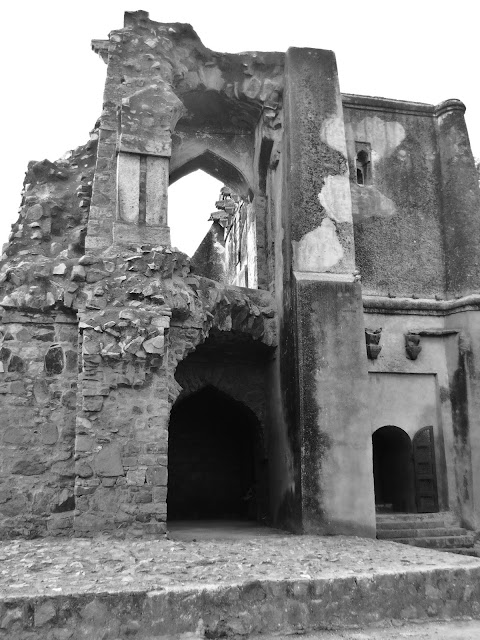 This creepy looking ruin is what's known as the Pir Ghaib. It's a 14th century hunting lodge built by the Tughlaqs. I've also read that it was a very early astronomical observatory, though that idea is now disputed. During the Sepoy Rebellion, it was the headquarters of a British Artillery battery, after the ridge had been cleared of rebels (or, if you prefer, freedom fighters). Now, the Pir Ghaib is across the street from the forest preserve, and is surrounded by apartments and a small slum. 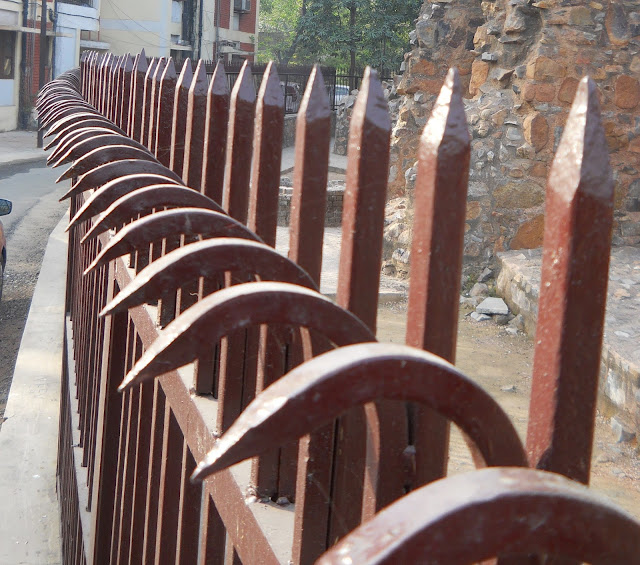 The Pir Ghaib was locked when I visited, and the fence was scary as hell. 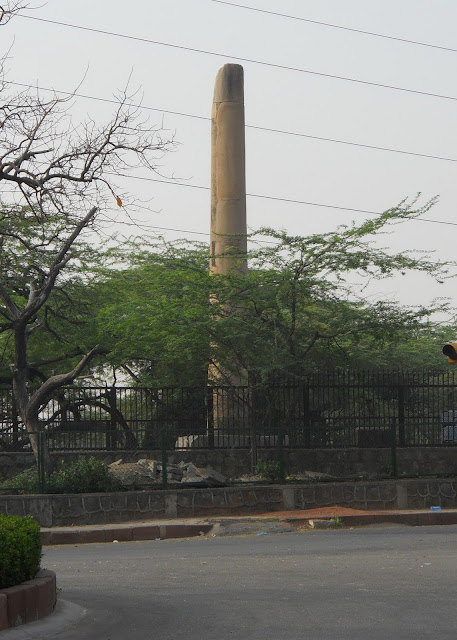 Not the best of pictures, but what that is is an Ashokan pillar edict, which dates from the 3rd century B.C. and is inscribed with Buddhist teachings in Prakrit (Prakrit being a more colloquial derivative of Sanskrit). This particular pillar was first erected in Meerut, though in the 14th century Feruz Shah Tughluq decided that he wanted the pillar in Delhi, and had it laboriously transported there first with a giant, specially designed cart, and then by bringing it down the Yamuna with barges....Feruz Shah brought a number of the pillars to Delhi, though I wonder to what degree the Tughlaqs were interested in what the pillars had to say...by the time the Tughlaqs were at their zenith, Buddhism had long since faded out in India. 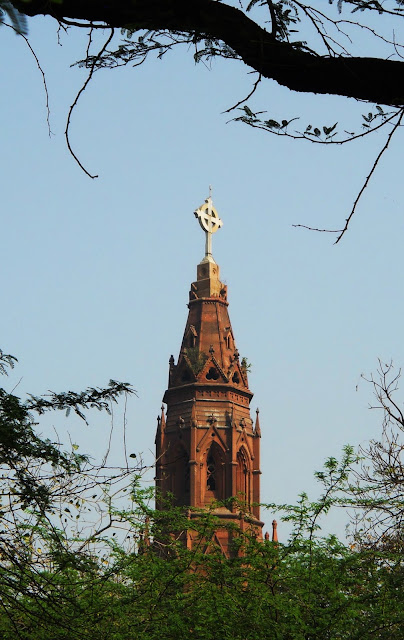 Distant view of the Mutiny Memorial, or Ajitgarh. This was built by the British after the Sepoy Rebellion to commemorate their fallen. These days it seems to receive very few visitors. I hadn't even known of it's existence until a few months ago. 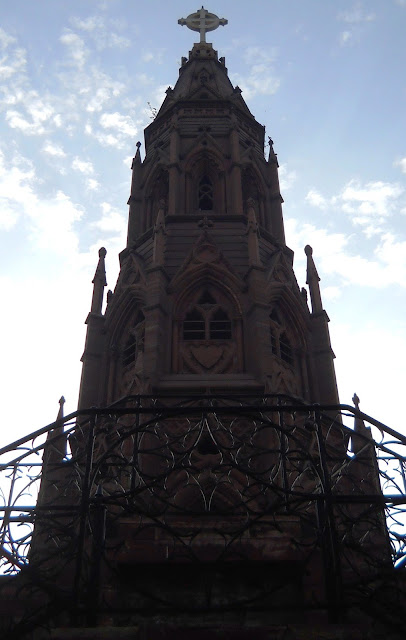 The rather peculiar Gothic architecture of the Mutiny Memorial. 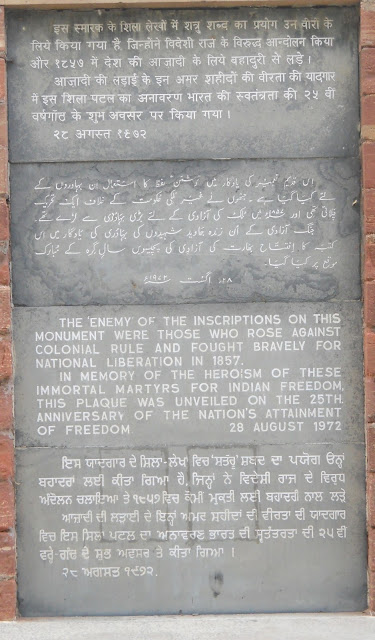 This was put on the monument just to set the record straight. 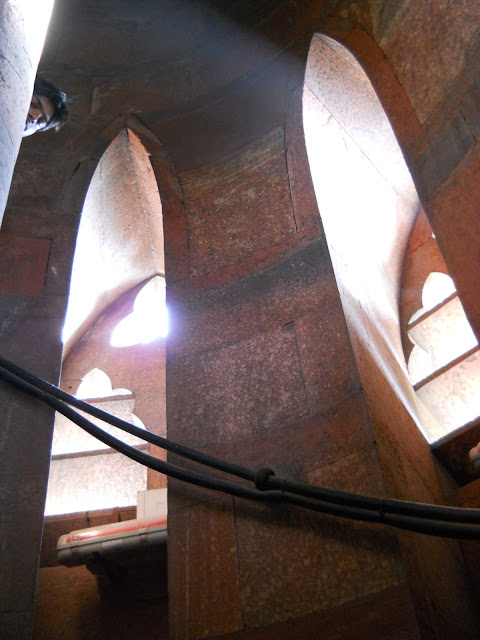 I wanted to go in and climb up, just to see the view, but apparently that's not allowed...but there's a guy who lives in it, who let me into his house for a small tip. That's him peeking out from behind the pillar. There's really not much to see on the inside anyway, though one can look out of the small windows in the structure out over the ridge and towards Old Delhi....the wind was nice... 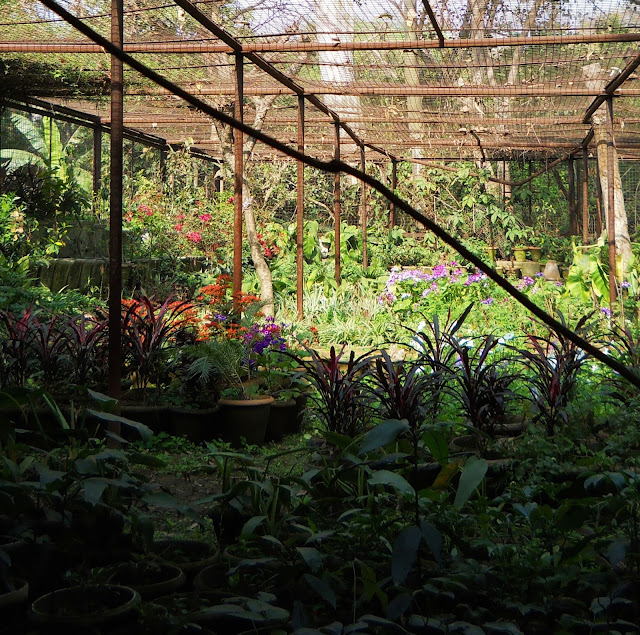 Enclosure full of potted plants, in the ridge. This area had a couple of small streams running through it, which resulted in the area being fairly jungly and tropical looking. 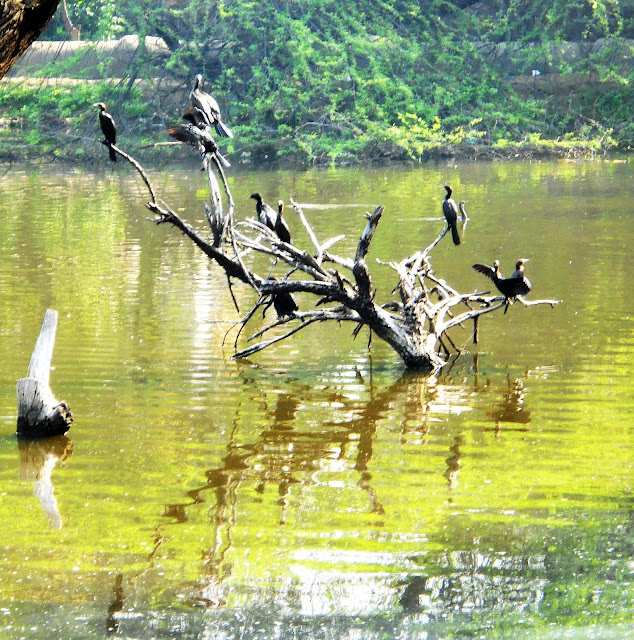 Birds in a pond. This was in a fairly surreal patch of boggy ground, with a couple of big ponds and lots and lots of birds. Contrary to expectations, Delhi is apparently quite a good place for bird watching.

Well, that's all for now, but I'll have another post up soon. Stay tuned.