Across the Khasi Hills Day 5: Into the Green Unknown 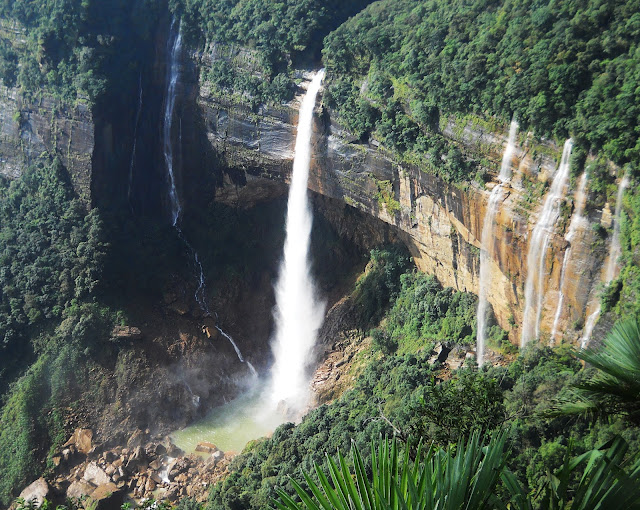 Nohkalikai Falls, one of Meghalaya's most famous sights, along with six subsidiary falls...I didn't know I would be seeing this that day...

Now I began my fifth and perhaps most adventurous day in the Khasi Hills. My goal was simple: To take the trail beyond the final wire-suspension bridge over the Umkynsan, and see where it led. I had absolutely no expectations, other than a suspicion that the trail would probably peter out in the jungle somewhere way up the side of the canyon wall.

Across the Khasi Hills Day 4: Exploring the canyon floor 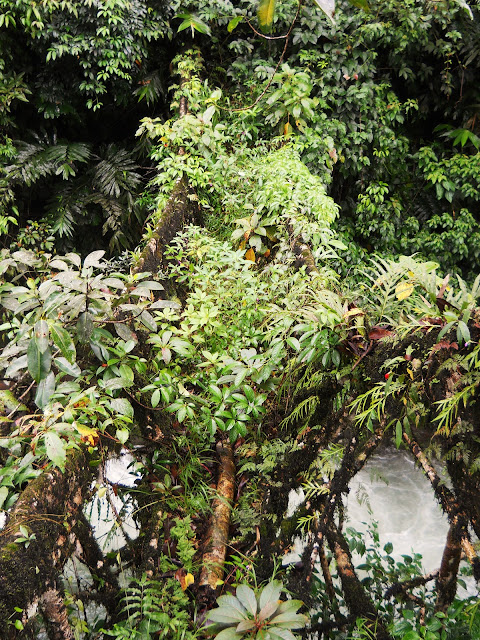 Abandoned Root Bridge over the Simtung River. This was one of the highlights of my trip into the Khasi Hills. Despite its derelict appearance, this bridge actually felt safer than the other, functioning, root-bridges elsewhere in the area. There are two living root bridges that span the Simtung. This one leads from the eastern bank of the river onto a rocky, rubber tree covered  island, while another leads from the island to the western bank. Unfortunately, the further bridge has largely fallen apart, and is now little more than a big root across the river. But the first bridge, now useless from a functional perspective since it only leads as far as the island, continues to grow and strengthen, it's roots now stronger and more stable than those of either the Double-Decker bridge or the Nongthymmai bridge.