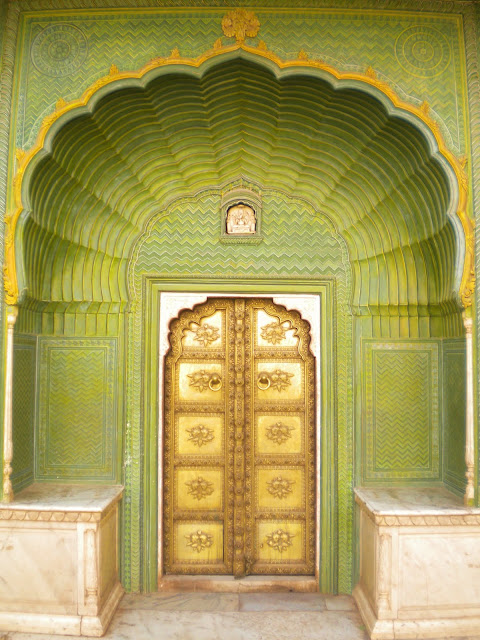 Gateway, located in one of the courtyards of the Jaipur city Palace. It's called the Green Gate, and is meant to represent the season of Spring. The courtyard contains three other gates, each of them symbolizing a separate season. If you've ever seen the movie "The Fall," the Indian character is introduced in front of this door.

Hi folks. So, it's been a while...would have posted sooner but I've been having terrible internet luck. I'm going to divide this up into two parts....hopefully I'll be able to get the second half of the post done before I head out to Uttarkashi, but no promises. As Clausewitz said: No campaign plan survives contact with India.