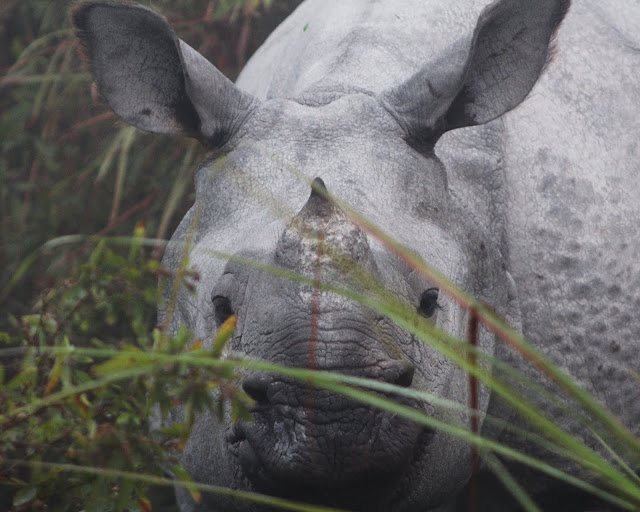 The star attraction at Kaziranaga National Park: The Indian one horned rhino. The park is said to contain about two thirds of the world's population of the rare beast, so many that it's virtually impossible to visit Kaziranga and not see dozens of them


One of the very first places I ever went to in India, all the way back in January 2009, was Kaziranga National Park. By now, as part of University of Delaware study abroad groups, while leading my own trips, or while travelling with members of my family, I've visited the park somewhere in the vicinity of six times. That may sound like overkill, but, believe me, it's not. I've found that my enthusiasm for the place has only grown over time.